Dr. Hsieh completed medical school in the China Medical University in 2002. He was promoted as an attending physician after four-year resident training in the Department of Radiaiton Oncology, Mackay Memorial Hospital. Three years later, he shifted to Far Eastern Memorial Hospital as an attending physician till now. He received Ph.D. degree in School of Medicine, National Yang-Ming University in 2011, and was major in the interaction between irradiation and pharmacokinetics. He completed his postdoc in Harvard, Francis H. Burr Proton Therapy Center, Department of Radiation Oncology, Massachusetts General Hospital, USA in 2012. Dr. Hsieh’s clinical interests are in the head and neck, esophageal, colorectal cancers, and hepatocellular carcinoma. His research interests are on the image-guided radiotherapy (IGRT), stereotactic body radiation therapy (SBRT), the interaction between radiation and pharmacokinetics, the response of tumor microenviroment to high-dose irradiation, and radiation-induced normal tissue damage.

Dr. Hsin-Hua Nien received her M.D. at School of Medicine, Fu Jen Catholic University. She completed her residency at Cathay General Hospital in clinical radiation oncology and obtained board in Radiation Oncology in 2011. In 2014, she served as research scientist at Division of Radiation Oncology at MD Anderson Cancer Center. She is currently deputy director of Cathay General Hospital Cancer Database, and advisory committee of Institutional Review Board of the Cathay General Hospital. She specializes in head and neck, breast, gastrointestinal malignancies, and supportive/hospice care. She also participates research about treatment technique and dosimetric planning studies.

Dr. Yu-Ming Huang received his M.D. at School of Medicine, National Yang-Ming University, and he is now in Ph.D. program of Department of Biomedical Imaging and Radiological Sciences in National Yang-Ming University. He completed his residency at MacKay Memorial Hospital in radiation oncology in 2018. He currently participates in the tumor board of esophageal cancer and hepatobiliary cancer in MacKay Memorial Hospital. He specializes in head and neck, gastrointestinal malignancies, hyperthermia, and supportive/hospice care. He also participates in research about radiation biological effect, treatment technique and dosimetric planning studies.

We are inviting you to submit a manuscript for inclusion in this focused issue. This issue will be of great significant value to readers. Full length research articles, reviews, short communications, case report, technical report, and commentaries are welcomed. Your paper will have instant international visibility given that all the publications in this issue will be open access and thus freely available to clinicians and scientists. As the Guest Editors for this exciting focused issue, we would very much welcome the opportunity to work with you on this project. 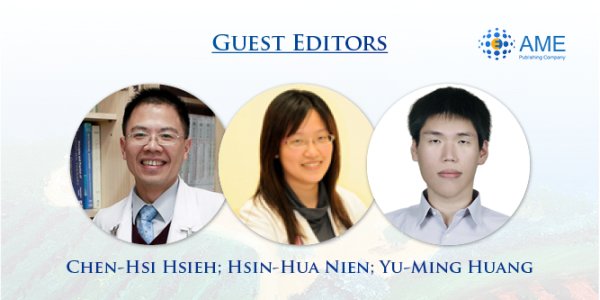