The 18th International Congress on Neutron Capture Therapy was held successfully at the Chang Yung-Fa International Convention Center in Taipei, Taiwan from October 28th to November 2nd, 2018. The theme of the 18th Congress is “Precision Therapy, Beautiful Tomorrow—We Here, We Care.” This congress gathered international clinicians and researchers from academia and industry to share their findings and generate new thoughts and discoveries related to boron neutron capture therapy (BNCT). The key areas included recent clinical results, the latest development in accelerator-based neutron sources, the next generation of boron-10 delivery agents, as well as progress in chemical and biological research.

At this congress, Therapeutic Radiology and Oncology (TRO) had the great honor to invite Prof. Rolf F. Barth from the Department of Pathology at The Ohio State University in Columbus, Ohio, USA to have an exclusive interview with us, allowing our readers to learn his thoughts concerning BNCT as a cancer treatment modality (Figure 1). 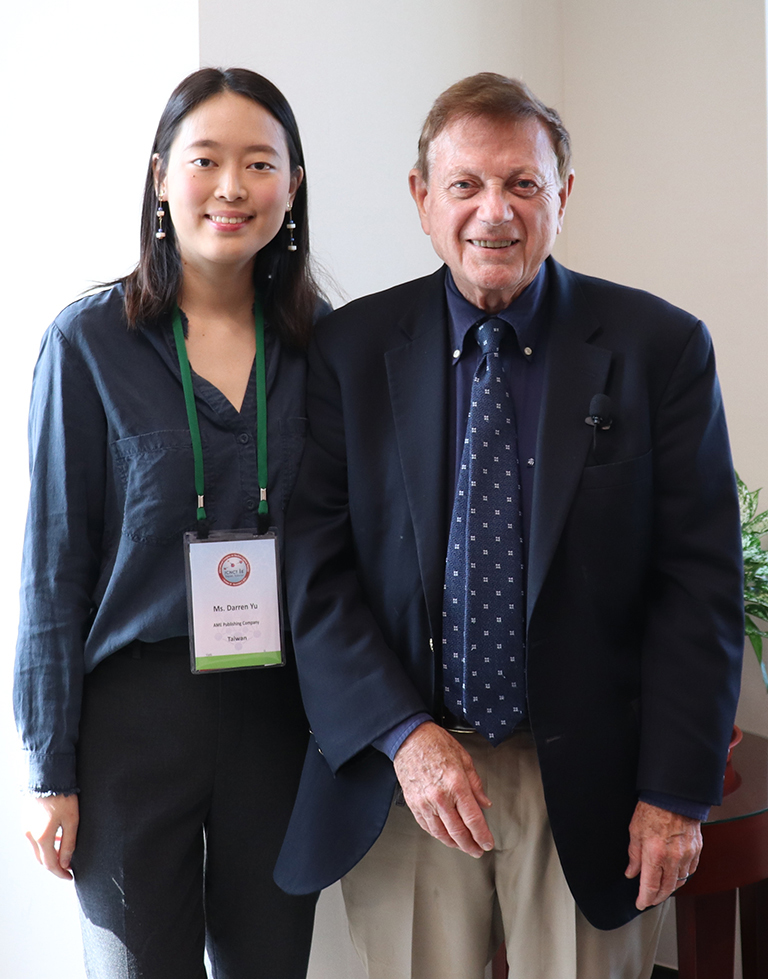 Prof. Barth (Figure 2) is an academy professor of pathology at The Ohio State University, USA. He obtained his undergraduate degree from Cornell University and his medical degree from the College of Physicians & Surgeons of Columbia University. After an internship in surgery at Columbia University Medical Center, a postdoctoral fellowship at the Karolinska Institute in Stockholm, Sweden, and additional training in immunology and pathology at the National Institutes of Health in Bethesda, Maryland, he joined the Department of Pathology and Oncology at the University of Kansas Medical Center, progressing from an assistant to full professor in 6 years. He joined The Ohio State University Department of Pathology in 1979 as professor and currently is an academy professor. 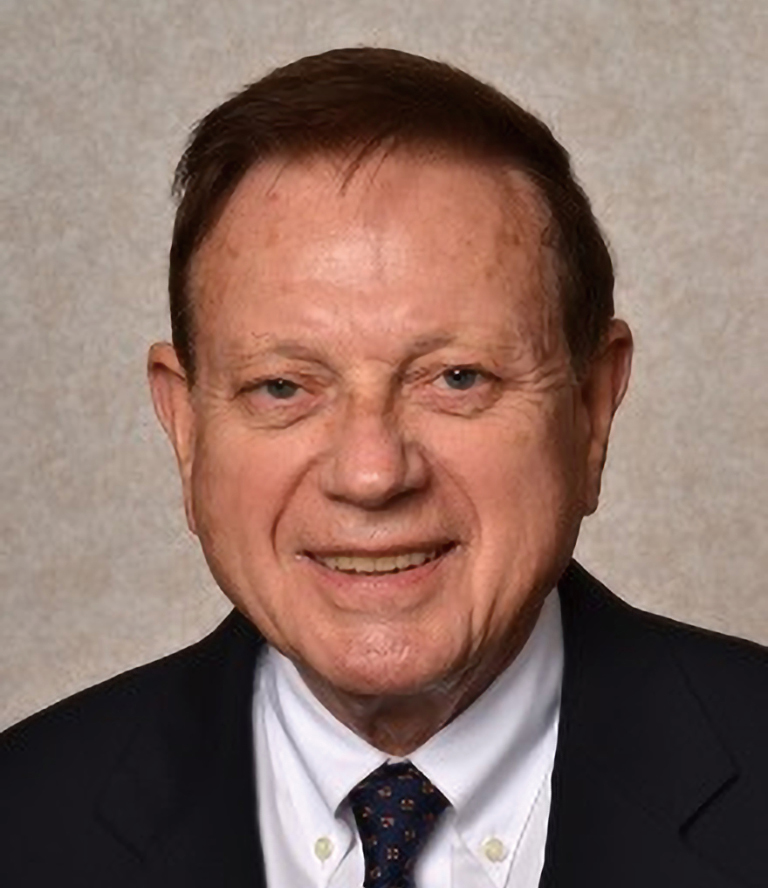 His BNCT-related research initially focused on the use of high molecular weight boron delivery agents such as monoclonal antibodies directed against either tumor-associated antigens or the amplified epidermal growth factor receptor (EGFR) or its mutant isoform, EGFRvIII, and evaluation of their therapeutic efficacy as boron delivery agents by means of direct intracerebral administration using the F98 rat brain tumor model, which resembles human high-grade gliomas in a number of important ways. Other studies have focused on optimization of the delivery of the two boron agents that have been used clinically, boronophenylalanine (BPA) and sodium borocaptate (BSH), and the evaluation of new boron delivery agents such as carboranyl porphyrins, carboranyl thymidine analogues and unnatural amino acids using the F98 tumor model. The most recent clinical study has focused on cerebral spinal fluid dissemination of recurrent high-grade gliomas in patients who have been treated with BNCT (doi: 10.1007/s11060-017-2408-x).

TRO: As you have been involved in cancer research over the past 35 years, could you please share with us the reason why you chose BNCT as your primary research focus?

Prof. Barth: When I arrived at The Ohio State University in August 1979, I had the great privilege to meet Professor Albert Soloway, who was at that time the Dean of the College of Pharmacy at The Ohio State University. He described the research that he had been doing on the development of boron delivery agents when he had been working as a research scientist in the Department of Neurosurgery at the Massachusetts General Hospital in Boston. His research sounded very interesting. Although I had not heard of BNCT before, it sounded as if it might be a promising way to treat patients with glioblastomas, the most therapeutically refractory of all human brain tumors, so that was the beginning. Dr. Soloway and I started to write research grants together, obtaining funding from a number of sources including the American Cancer Society, the National Institutes of Health, and the Department of Energy. This resulted in more than 100 publications together.

TRO: As your speech focused on the realistic appraisal of BNCT as a cancer treatment, what are its limitations and what has to be done to further improve its effectiveness?

Prof. Barth: That is a very important topic. Basically, the first major problem relates to the requirement to deliver enough boron to every cancer cell in an amount that is sufficient for the neutron capture reaction to occur. This unfortunately has proved to be almost impossible, although there have been some very good clinical, experimental, and animal results that suggest it is possible to do so.

The last major problem relates to the boron delivery agents. For at least forty years, chemists have been working together with biologists to try to develop new boron delivery agents that can be used for neutron capture therapy. However, at this point and time we only have two drugs, BPA and BSH, that can be used clinically. Unfortunately, they are not ideal and there are problems associated with each of them. Readers interested in more details relating to BNCT and boron delivery agents can find them in recent publications in Cancer Communications (doi: 10.1186/s40880-018-0280-5 and 10.1186/s40880-018-0299-7).

TRO: Could you please share with us the latest progress of your recent research?

Prof. Barth: My most recent research has focused on another approach to treat high grade gliomas that does not involve neutron capture therapy. It involves using photon X-irradiation in combination with direct intracerebral stereotactic administration of carboplatin to the site of the brain tumor. Carboplatin has not been used to treat brain tumors because not enough of it will get to the site of the tumor. However, this approach has yielded the best experimental data that we ever have obtained using the F98 glioma model.

TRO: As an NIH-funded researcher, do you think the government has paid enough attention to this field?

Prof. Barth: This is a very important question and unfortunately the answer is emphatically “no.” The granting agencies have decided at this point in time that BNCT is not one of their funding priorities, which practically means there is virtually no funding available to support BNCT-related research. Sadly, this is the reason why there now aren’t many researchers focusing on BNCT research in the United States.

TRO: What do you expect the research direction of BNCT to be in the following 10 years?

Prof. Barth: That’s an excellent question. A lot will depend on how successful the accelerator neutron source is as something that can be used by doctors or hospitals and not having to use nuclear reactor. If the clinical trial in Japan and the soon-to-be-initiated trial in Finland show that accelerators really are yielding promising clinical results, then I think the future for BNCT will be good.

TRO: As an academy professor of pathology at The Ohio State University, do you have any advice for the young researchers studying or working in this field?

Prof. Barth: I would advise them to not be discouraged and to continue to submit very great grant applications to the funding agencies, and hopefully there might be some funding coming. 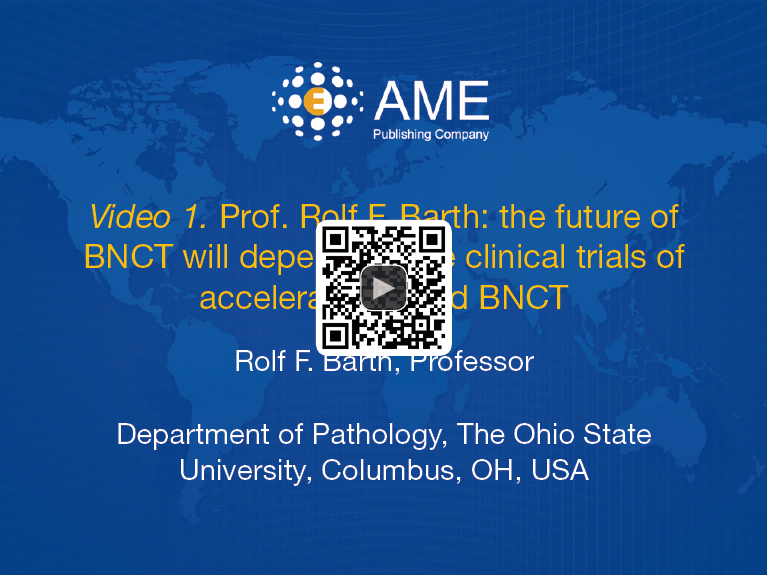