Interview with Dr. Sang-Hue Yen: BNCT is a major breakthrough of radiotherapy and cancer treatment

Boron neutron capture therapy (BNCT) has a quite long history. Nevertheless, BNCT has not been a mainstream therapy for cancer treatment. Despite the fact that BNCT has not been widely known, it is a therapy which has the potential to be well known with the further advancement of technique and cultivation of talents.

On January 27, 2018, the third Annual Academic Conference of Taiwan Society of Neutron Capture Therapy was held at Taipei Medical University. With the gathering of Taiwanese and Japanese doctors, radiation oncologists, physicists, and so on, the latest concepts and research results of BNCT were exchanged and shared. Editors of Therapeutic Radiology and Oncology (TRO) had the great honor to have an exclusive interview (Figure 1) with many erudite scholars on the site, and one of them is Dr. Sang-Hue Yen, who has played an indispensable role in the development of BNCT in Taiwan. 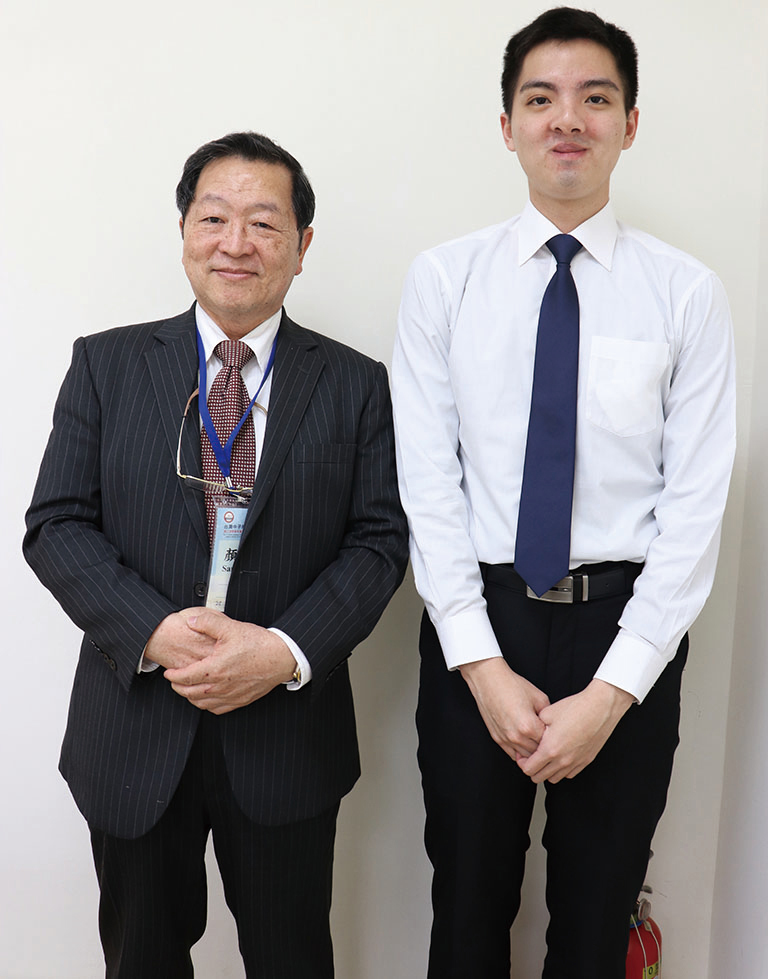 Dr. Sang-Hue Yen (Figure 2), is the founder and has been the president of Taiwan Society of Neutron Capture Therapy (TSNCT) since January 24, 2015. He was the chairperson of the Department of Oncology of Taipei Veterans General Hospital (TVGH) and is an initiator/promoter of clinical BNCT in Taiwan. Currently, Dr. Yen is a consultant and attending physician of radiation oncology at Taipei Cancer Center, Wanfang Hospital, Taipei Medical University. Moreover, Dr. Yen is also a consultant of the Department of Oncology of TVGH and an adjunct professor of National Yang-Ming University and Taipei Medical University. 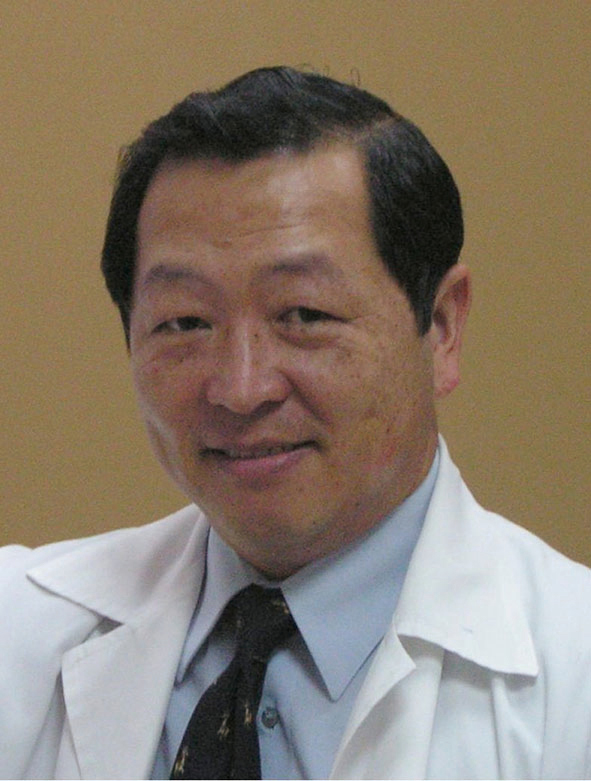 As a senior radiation oncologist in TVGH/medical center with the foresight of potential innovative cancer treatment, and an initiator/integrator of the clinical BNCT team, Dr. Yen has been committed to the development and promotion of BNCT for more than 10 years. He will devote himself to BNCT promotion in his future professional life.

AME: Please briefly introduce yourself and talk about the development of BNCT in Taiwan.

Dr. Yen: I am a radiation oncologist and the former president of Taiwan Society for Therapeutic Radiology and Oncology (TASTRO). Currently, I am the president of Taiwan Society of Neutron Capture Therapy (TSNCT). As an oncologist with decades’ clinical practice with radiation therapy, I have witnessed the progress of radiation oncology treatment. Although currently we have many unique high technology radiotherapy facilities including advanced linear accelerators, protons, and will have carbon ion therapy in the near future, most of them are external radiotherapy. The tumoricidal dose is still hampered by the limitation of the surrounding normal tissues’ tolerance. BNCT, an intra-tumor cell targeted particle radiotherapy with its novel high RBE significantly spares the surrounding normal tissue, which would show its strong and potential therapeutic effectiveness of cancer treatment and breakthrough in the future.

AME: When did you start to be committed to the development of BNCT and why?

Dr. Yen: I have entered into the radiation oncology field for more than 38 years. In the first month in my practice as a radiation oncologist, I first heard of BNCT speech held by Atomic Energy Council. In the 1980s, I spent one year in the United States for the advanced study on radiation oncology. In the U.S., I had opportunities to hear some BNCT lectures in academic meetings. Fifteen years ago, I attended several BNCT lectures mainly given by Japan physicians, especially by those neurosurgeons; however, at that moment, I thought BNCT was far away from clinical application. During the past 30 years, there was significant progress in radiation oncology: from 2D to 3DCRT, IMRT, IGRT, even into particle therapy era. There was also the progress of systemic therapy including target drugs in the past 15 years. However, I noticed that even if there are advantages brought by Bragg peak effect of particle therapy in the future, there is still lack of so-called targeted radiotherapy for future breakthrough in cancer radiation therapy.

In Taiwan, the National Tsing Hua University (NTHU) has built their research reactor for teaching and research purposes for almost 60 years. They have done many excellent researches with global reputation and have committed themselves to doing BNCT research for 25 years. Because there is a long-term bilateral collaborative research on radiation medicine between TVGH and NTHU, the TVGH clinical team and the NTHU reactor research team have had good communication and shared a common language for decades, which makes us in a leading position on BNCT particle therapy in Taiwan. According to my clinical experience, BNCT, the targeted particle therapy will persistently play an important role in cancer therapy.

According to the past half century of global radiotherapy development history and my personal experience, I know we may not guarantee the success of BNCT development in Taiwan; however, if there is no action for the first step, there will be no chance of success. Therefore, ten and a half years ago, I integrated our clinical team in TVGH with NTHU to initiate and apply BNCT into cancer treatment. Now, I can happily and proudly say that my colleagues who have dedicated themselves to the project (even with their heavy workload in daily practice) have done a great job on developing targeted particle radiotherapy for Taiwan.

At the beginning, we arranged regular bilateral monthly meeting to discuss and prepare the clinical BNCT related issues to understand and overcome the related regulation for the conduction of clinical trials. We sent Dr. Yi-Wei Chen to Kyoto Reactor Research Institute (KURRI), which is the most authorized and most experienced institute of BNCT around the world. With a good long-term relationship and collaboration between NTHU research reactor team and our radiation oncology team, eight years ago, we have signed a trilateral MOU for BNCT collaboration. We are grateful to have Dr. Ono’s and Kyoto University Research Reactor Institute’s support. With their support, Taiwan was able to facilitate conduction of the high quality and the first BNCT clinical trial on August 11, 2010. Taiwan was then the eighth country to apply BNCT. Furthermore, now BNCT could be applied in 4 places and Taiwan is one of them. Currently, Taiwan is one of the only two places with the research reactor of BNCT in the world.

Although the development of accelerator-based BNCT (AB-BNCT) is the choice of future development, it still takes a long time for practical application. Therefore, I encourage the team to aim for treating more patients with different cancers, especially cancers hard to be coped with. Hence, we can illustrate the unique therapeutic gain for educating and promoting the medical professional before AB-BNCT era’s arrival.

AME: Could you briefly explain the advantages and disadvantages of BNCT and give some suggestions to Taiwan’s young doctors who would like to devote themselves to BNCT?

Dr. Yen: The main advantage of BNCT is high therapeutic gain with intra-tumor cell high tumoricidal effect with normal tissues sparing. Therefore, even though patients have undergone external radiotherapy or traditional particle therapy, BNCT could still be applied to the patients, especially for those patients who have previously received high-dose external radiotherapy (including proton therapy or carbon-ion therapy).

The disadvantage of BNCT is relatively expensive, complex facilities (reactors or accelerators) and procedures required for applying this therapy. Without reactors or accelerators and integration of multidisciplinary experts, BNCT could not be done. The concept of BNCT emerged about 70 years ago. However, being lack of research reactors and high running cost have hindered the development of BNCT. Because the clinical demanding, AB-BNCT research and construction have gradually come true. In the future, AB-BNCT could be built in hospitals and will be convenient for treating more patients. My EMBA thesis is about the strategy of the development of hospital-based BNCT for cancer treatment in Taiwan. The reason why I chose this topic is to encourage our team to aim at this goal for future breakthrough (targeted radiotherapy for cancers in Taiwan). I believe having the collaboration with NTHU and more accelerator-based neutron sources built in hospitals in the future, BNCT has the potential to become a mainstream therapy.

I have to say that Taiwan’s NTHU has put a lot of effort on the research and development of BNCT. They also trained many young talented scientists. In addition, TVGH’s BNCT clinical research team members have been committed to BNCT’s development for more than 10 years. We have made great effort and been trying to make BNCT development in Taiwan successful.

With the promotion of the team consisting of members from National Tsing Hua University, TVGH, and TSNCT, more and more radiation oncologists, medical physicists, and nuclear engineers have noticed and been interested in BNCT. They participated in research activities in Taiwan and international meetings, especially in Japan. I believe they will become our hope in the future. To sum up, TSNCT welcomes any talent (radiation oncologist, physicians, physicists, chemists and so on) who would like to be committed to BNCT. With resolution and effort, BNCT will gradually become a mainstream treatment in Taiwan and beneficial to patients.

We highly thanked Dr. Sang-Hue Yen for sharing his expertise in BNCT with us during the interview.