Interview with Prof. Chou: the use of a suitable boron drug in boron neutron capture therapy will be beneficial to treat liver cancer patients

Boron neutron capture therapy (BNCT) has a quite long history. Nevertheless, BNCT has not been a mainstream therapy for cancer treatment. Despite the fact that BNCT has not been widely known, it is a therapy which has the potential to be well-known with the further advancement of technique and cultivation of talents.

On January 27th, 2018, The 3rd Annual Academic Conference of Taiwan Society of Neutron Capture Therapy was held at Taipei Medical University. With the gathering of Taiwanese and Japanese doctors, radiologists, physicists, and so on, the latest concepts and research results of BNCT were exchanged and shared. Editors of Therapeutic Radiology and Oncology (TRO) had the great honor to have an exclusive interview with many erudite scholars on site (Figure 1); one of them is Professor Fong-In Chou (Figure 2), who has played an indispensable role in the development of BNCT in Taiwan. 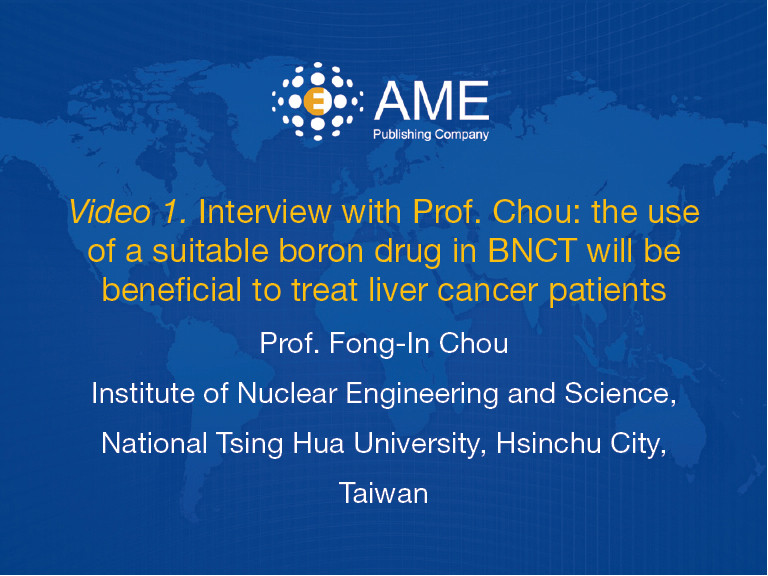 Figure 1 Interview with Prof. Chou: the use of a suitable boron drug in BNCT will be beneficial to treat liver cancer patients (1). BNCT, boron neutron capture therapy. Available online: http://www.asvide.com/article/view/24555 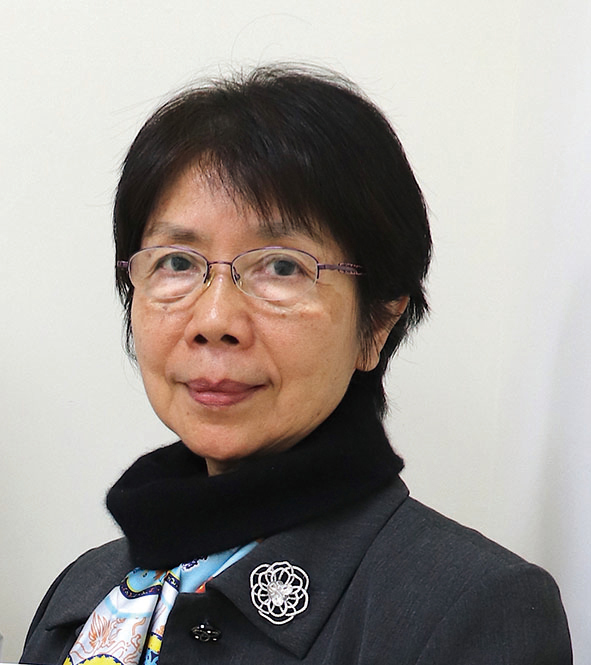 Prof. Chou’s research is about Radiobiology, Neutron Capture Therapy, and Boron Drug Development. She has been devoted to the research of BNCT since 1992. During the first 10 years of BNCT research, the connection with medical doctors and hospitals was limited, so clinical trials and research were few. In 2008, she became the director of the Nuclear Science and Technology Development Center of National Tsing Hua University. With her expertise in radiation biology, she has always had close cooperation with doctors on her research projects, especially doctors serving at Taipei Veterans General Hospital. As a result, she always discussed BNCT with doctors at that time. In 2010, a trilateral MoU of BNCT was signed among National Tsing-Hua University, Taipei Veterans General Hospital, and Kyoto University. 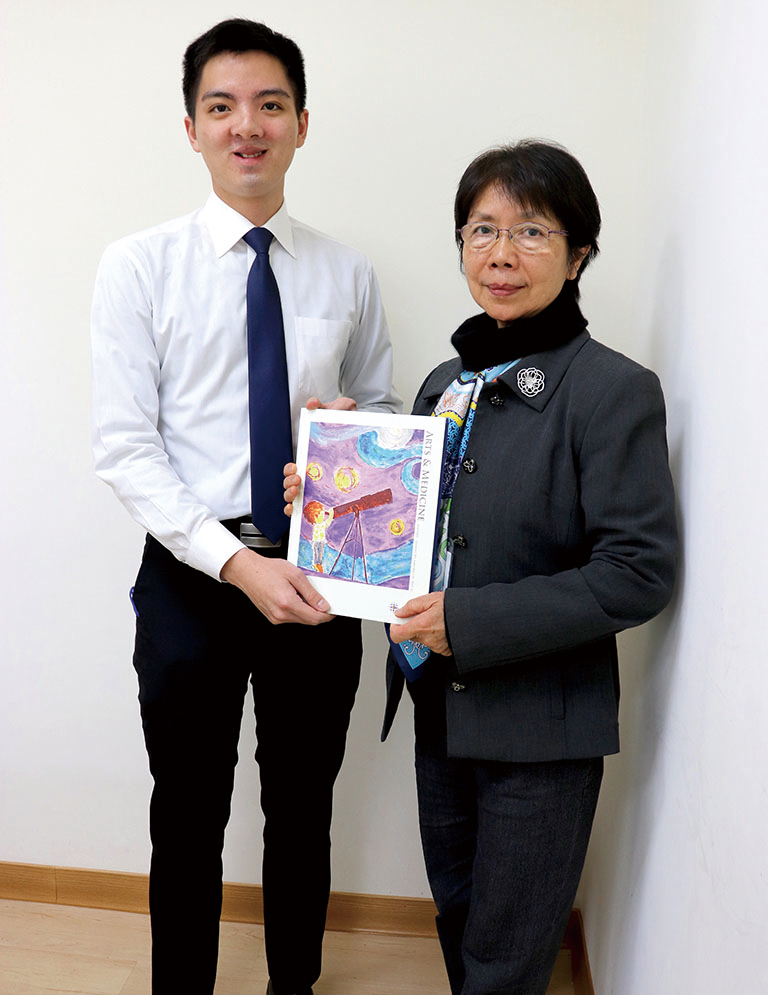 Figure 3 Photo with Prof. Chou after the Interview.

TRO: You and your research team have devoted yourselves to the drug development of BNCT. Could you share with us what motivated you to the new drug research?

Prof. Chou: My research focused on boron drug development for hepatoma. In fact, different kinds of tumors will react differently to cancer drugs. To deal with this problem, we have tried to develop boron drugs because boron drugs can highly accumulate in tumor regions and less in normal tissues, which means that harm to normal tissues can be minimized and only tumor regions will be treated when BNCT is applied (tumor cells will be killed and normal tissues won’t be damaged, or just lightly damaged).

Speaking of cancer, liver cancer is one of the most common types of cancer; it is the second most common cause of death in the whole world. The prognosis for liver cancer is very poor. Most hepatoma patients are diagnosed at an advanced stage. Thus, it cannot be completely cured by conventional treatment due to large tumor size, and involves vascular invasion, and more than 80% of patients suffer from multifocal tumors.

My research team and I hope we can use new therapy to solve the limitation. BNCT is a good solution to this problem. With the assistance of boron drugs, there will be specific retention of boron drugs in tumors and tumor blood vessels of the liver, and then only the tumors and tumor blood vessels will be killed by the radiation of boron neutron capture reaction. Even though the radiation field covering the normal tissues, normal tissues won’t react to BNCT because the boron concentration in normal tissues is very low, which means only tumor cells will be killed with normal tissues being not influenced.

Nowadays, boron compounds sodium borocaptate (BSH) and boronophenylalanine (BPA) are the two most common drugs used in BNCT. Speaking of BSH and BPA, there are problems waiting to be solved. Firstly, the T/N ratio (the ratio of the concentration of boron drug in tumor tissue/the concentration of boron drug in normal liver tissue) of BSH is very low, which makes the use of BSH is not suitable for liver cancer treatment. Secondly, BPA accumulates not only in liver tumors, but also in the liver’s adjacent organs like the pancreas and spleen. That means if we irradiate liver tumors, the pancreas might be irradiated and damaged. De facto, Italian BNCT researchers once used BNCT to treat liver cancer after injecting BPA into patients. However, in that treatment, patients’ livers were surgically removed first and then irradiated in the reactor. Then, livers were transplanted back into the patients. In this case, the procedure is hard to reach stabilization and standardization since the entire treatment is a sophisticated and risky technique.

Undoubtedly, we wish we could create the drugs which could create the specific retention in the liver tumors. This targeting character of the new drug must prevent adjacent organs like the pancreas or spleen from being damaged during the treatment. Fortunately, we found a new drug, boric acid (BA), which can have a specific retention in liver tumors. As a matter of fact, we have already done some research on small animals like rats. Before the use of drug in humans, we need more experiments on large animals. We have also done research on bigger animals like New Zealand White rabbits. The results of our experiments showed that new drugs could have retention in tumor regions. The image of autoradiography showed that BA is highly targeted to liver tumors and tumor vessels, and the multifocal liver tumors can be successfully cured by BA-mediated BNCT. This is definitely good news for liver cancer therapy.

TRO: How’s the recent progress of BNCT in Taiwan? Is there any possibility that the second or the third open reactor will be built so that there is more chance for hospitals to apply BNCT?

Prof. Chou: We hope that more hospitals could develop BNCT research for the clinical use of BNCT. The reactor in National Tsing-Hua University is the only reactor in Taiwan. It is very difficult to build another reactor due to the large capacity and complexity of the internal structural of a reactor. Especially, building such a big reactor facility in a hospital is very difficult. On the other hand, to develop BNCT, building accelerators in hospitals is more feasible. In Finland and Japan, accelerators have already been used in BNCT for treating patients. In China, the small reactor has been built for BNCT to treat patients. Thus, small reactors are hoped to be used as a practical way (in-hospital facility) for BNCT. In my understanding, some hospitals in Taiwan have contacted production companies of the accelerator. Maybe after 3 to 5 years, the technique of accelerator-based BNCT will be mature, and several accelerators will be built Taiwan’s hospitals.

TRO: In your opinion, will BNCT become a popular treatment in Taiwan in 10 years or it is still a long way to go?

Prof. Chou: In my opinion, BNCT will be a popular treatment in Taiwan after 5 years. BNCT is more effective than Proton therapy. As the drug injected into patients, boron drugs will have specific retention in tumor regions. Hence, only tumor cells and tumor blood vessels will be killed, and normal tissues will be prevented from being damaged.

BNCT will have a better therapeutic effect than chemotherapy, proton therapy, or heavy ion therapy. Before the accelerators are built in the individual hospitals, I hope basic BNCT research and clinical trials could be connected with our reactor so the use of accelerators in their hospitals would be more effective. Tsing-Hua Open-Pool Reactor (THOR) welcomes any research or clinical trial related to BNCT.

We highly thank Prof. Fong-In Chou for sharing her expertise in BNCT with us during the interview.